Liz began her work with victims at the City of Tolleson as a 911 dispatcher. She joined the Maricopa County Attorney’s Office in 2004 as a bilingual Victim Advocate. Much of Liz’s career has been working with crime victims in adult cases, and now she works a mixture of Justice and Juvenile Court cases. She currently manages a team of 7 crime Victim Advocates and works closely with prosecutors staffing cases and offering creative input. Liz advocates for justice however she can by speaking publicly and helping others realize their criminal justice goals. She earned a bachelors degree in Criminal Justice Studies from Grand Canyon University. Liz is an Arizona native, is married with two children and hopes to add a pet to the family very soon.

Colleen Clase, J.D.; LL.M., is Chief Counsel with Arizona Voice for Crime Victims (AVCV) in Phoenix, Arizona. Ms. Clase has been counsel of record for victims of crime in both state and federal prosecutions and has successfully litigated issues related to protecting the constitutional and statutory rights of victims in Arizona’s trial and appellate courts. Additionally, she has spoken in front of legislative committees on various victims' rights issues, has been a panelist on numerous webinars hosted by NCVLI and has presented on victims’ rights issues to attendees at national conferences. Ms. Clase has also served on various task forces and committees including the Victims Advisory Group to the United States Sentencing Commission. Ms. Clase was a co-recipient of NCVLI’s 2021 Legal Advocacy Award.

Jessica Gattuso is the Assistant Chief Counsel for Arizona Voice for Crime Victims (AVCV). Jessica sought a second career in law to seek justice, beginning as a prosecutor with the Maricopa County Attorney’s Office. In 2015, Jessica joined the AVCV team hoping to work on a more personal level with victims and to join the movement to expand the area of victims’ rights law, including the right to restitution.

Erica Williams is the Bureau Chief of the Community Based Advocacy East Bureau with the Maricopa County Attorney’s Office, Victim Services Division. Erica supervises advocates who specialize in adult felony cases, juvenile cases, and misdemeanor cases in Justice Court. She provides training to the advocates in her bureau and the division on best practices in securing a restitution order at sentencing and post-conviction restitution remedies.

CLE Accreditation
The Oregon State Bar approved this training for 1.5 General CLE credits (ID 89176).  This program is approved for 1.5 CLE credits with the State Bar of California; NCVLI is an approved CA multiple activity provider. The training may be eligible for CLE credit in other states.

For a certificate of attendance following viewing, please email navra@lclark.edu with your name and the 3 attendance codes from the video.

The handout for this training will be available for download in a button below the video. 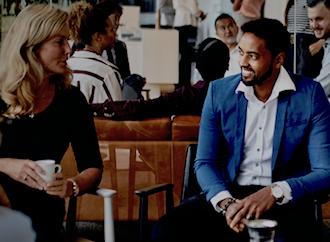